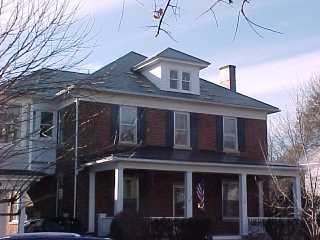 Virginia claims the honor of introducing metal roofing to the young republic called United States of America. A notable founding father, Thomas Jefferson, is credited with influencing the early use of metal roofing. Today, that influence is still quite visible in every corner of the state.

“Over the years Jefferson tried a variety of roofing materials including wood shingles of several types, lead, sheet iron, and copper, but it was the lightness and, as he understood it, the durability of tin shingles that was favored in later years. Although tin was known to him by the 1790’s it appears that he did not use it until his work at Central College (later the University of Virginia).”